Eighth-grader Eli Jones was second in 27.520, while seventh-grader Josh Haeckle placed third with a personal-best mark of 28.972.

Eva Ahumada is coach of the middle-schoolers, and Ashley Freschi tutors the elementary kids. As a group, they obsess with solving the complex combination puzzle invented in 1974 by Ernõ Rubik, a sculptor and professor from Budapest.

Rubik wanted to help his students understand three-dimensional problems, but took more than a month to solve his own creation. The 54-cube, six-sided “Magic Cube” – “Buvos Kocka” in Hungarian – became the world’s biggest-selling toy.

Email Freschi, computer science and robotics teacher at Taft, at [email protected] to solve any puzzles, er, questions you might have. 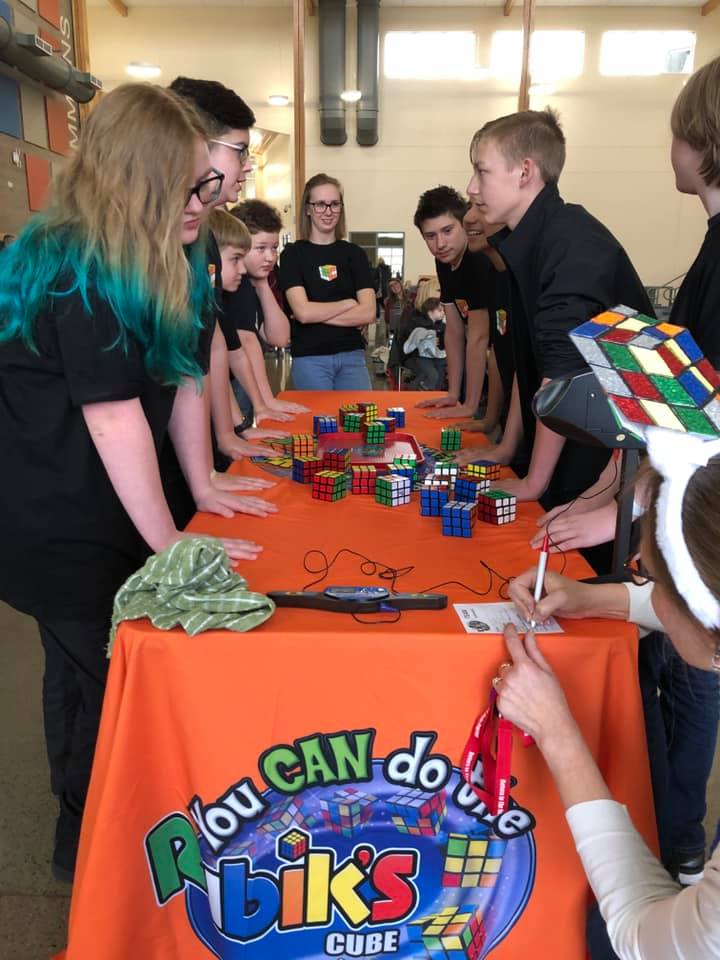