Sign of the times: Tigers get tough test in 2018 football opener

Being the digital age, Taft High coach Jake Tolan has gotten an intimate sneak peak at the Harrisburg football team his Tigers will face Friday when the 2018 prep season kicks off throughout Oregon.

“We do know some things about them now that we live in a day and age where video footage of other teams is easily accessible,” he said. “We know that they are big up front on both the offensive and defensive lines, and they have a running back and quarterback that are very good athletes.”

Here’s something else he might know about the Eagles – and you should, too:

They have reached the Class 3A State quarterfinals the past five years and won the State championship as recently as two seasons ago.

“We will know after this game where we stand in the 3A ranks, considering Harrisburg made it deep in the playoffs last year and return a very good team this year,” Tolan said of Friday’s 7 p.m. road opponent. “I like our chances, though. I feel confident we will come out Friday and compete.”

Harrisburg is approximately half the size of Lincoln City off Interstate 5 about 97 miles from the Central Oregon Coast — 63 as the crow, er Eagle, flies. You’ll need about 15 bucks for five gallons of gas and spend around two hours to get there.

Upon arrival, you’ll discover a tiny town wrought with football fever that sticks together like birds of another feather, the Oregon Ducks, just 25 miles south in Eugene.

Coached by Edmund Rivera, the Eagles won the 3A State championship as recently as 2016 with a 34-27 victory over Salem Academy, and have been State quarterfinalists or better the past five seasons. They also reached the State title game in 2014, when they fell to Vale at Hillsboro Stadium.

Harrisburg went 5-6 overall last season and 3-2 for third place in the Mountain Valley Conference, then defeated fifth-ranked Amity 42-34 on the road in the first round of the State playoffs. The purple-and-gold clad Eagles fell at eventual State champion Cascade Christian in the State quarterfinals.

“I just want our kids to come out Friday with the mindset that they will do whatever it takes to compete and battle to give us a chance to win,” Tolan said.

Taft went 0-5 in the Class 3A West Valley League, but is bigger in numbers, larger in size and stronger in commitment, Tolan said, while being more experienced on the offensive and defensive lines. The Tigers are coming off a couple of impressive 7-on-7 summer camp showings and a breakneck 60-47 home victory over Jefferson to close out a 2-7 season last year.

Improvement on defense will also be a key for the Tigers, which surrendered a porous 51 points per game last season.

“They [Harrisburg] would prefer to run the ball offensively, which is where our focus has been the past couple of weeks defensively,” said Tolan, who emphasized that being competitive and playing hard in the non-league opener was more important than winning or losing. “This will be a great test for our team this early in the season.” 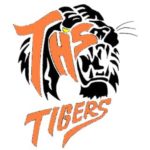 A brutal schedule is nothing new to the Taft High football team -- but playoff aspirations are -- and confidence abounds as the Tigers prepare to open the season Friday at Voris Field against perennial power Harrisburg.
Read more
Cheerleading