Golf is a four-letter word, but it probably wasn’t the one heard most often Wednesday from Taft High boys coach Andy Morgan while his team toured about every inch of real estate there is to visit within the confines of Salishan Golf Resort. 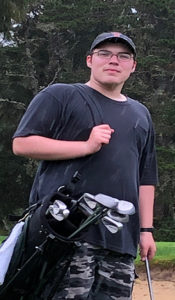 “Grim,” Morgan said, using another passive four-letter word to describe the Tigers’ play in the Taft Invitational on a brisk, rainy day on the team’s home course.

Blanchet’s Nikhil Namburi was the only other player to break 100 with a 95. 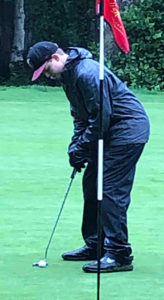 The Tigers return to the tee Monday, April 22, at Cross Creek Golf Course in Amity.

“As always, I can’t say enough about our home course — Salishan. This time, however, I have to really work hard to find the silver lining in the effects this beautiful field has on the psyche of the young men who thoroughly struggled through the rain to get around the 5 1/2-hour challenge.

“To sum things up, four able golfers representing Taft Tiger championship golf carded a team total 512, after an 18-hole struggle. To put that score into perspective, Taft once won a State championship with a team total after 36 holes of only 611.

“The struggle was real. The best team score of the tournament was that of Blanchet — 451. Consider the idea of doubling that best score, making it a 36 hole total 902, which would be nearly half again as many as that historic Taft championship.

“My point is, Taft was not the only team to struggle on Wednesday.  However, it was our home course, we were the hosting school, and we let the course at Salishan show the young Tigers who was the boss for the day. Mother Nature certainly didn’t take the side of the Tigers. It was rain that brought flooding to the Willamette Valley after dumping on the competing schools of Taft, Amity, Blanchet, East Linn, Regis, Toledo and Waldport.

“The Tigers were anchored by one returning varsity golfer with State championship experience, William Brooks. Unfortunately for Brooks, it was a really tough day. Nines, 10s and the like are not familiar numbers on the card of the normally steady Brooks.

“Sometimes the game is brutal, and this was certainly the experience for the Taft senior. With three teamates with virtually no varsity experience –except last week’s debut of Zac Will — the freshman teammates were introduced to varsity golf under the worst kind of playing conditions.

“At times, the boys were likely praying for lightning, which would have chased them from the brutal weather and playing conditions. Instead, the new members of the Taft team played through what could likely be the worst conditions they will see before graduating in three more years.

“The rebuilding effort of Taft championship golf will make no excuses for the miserable results. We have work to do. We will need to play countless hours of golf.

“We will need to spend day after day hitting balls on the practice range. The putting green will destroy the nerves, as this team sinks ball after ball into the shallow cups. The course superintendent will likely need to reseed much of the fairways, and refill the sand bunkers, for these boys will dig holes with their wedges from thousands of swings.

“Dreams, and nightmares will be experienced, as these boys sleep off the sore muscles and joints. But, mark my words, this team will not quit. This group of young men enjoy the game, the competition, the challenge and the camaraderie.

“We want to than the team from Blanchet for kicking our rears. We will challenge the boys from Regis and East Linn. We will chase La Pine. Mostly though, we will demand a better effort of ourselves.

“Our goals are grand, and we know we have a long way to go. It won’t be easy bringing a championship back to Taft. William may not be around when it happens, but he will be watching. It’s going to be a good show.” 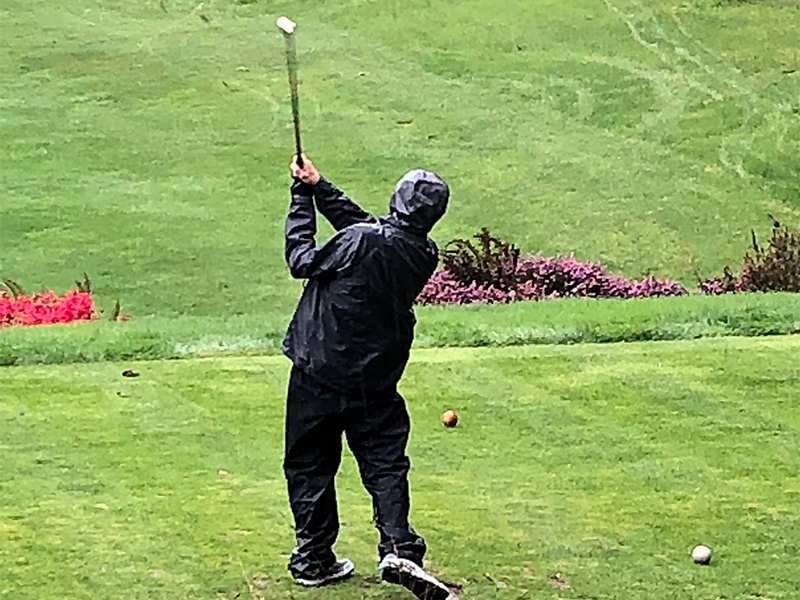