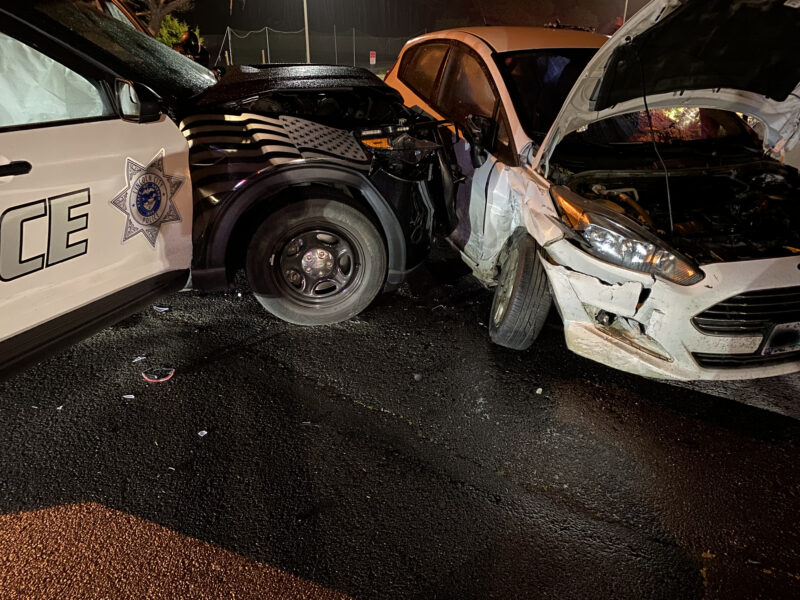 According to Lincoln City Police, a Siletz resident driving a Ford Fiesta failed to stop and crashed into a police cruiser Saturday, Sept.  3, as the officer was patrolling during an enhanced Labor Day DUII operation.

Long was charged with DUII, reckless driving and reckless endangering.

Both Long and the officer involved in the crash were transported to Samaritan North Lincoln Hospital for medical treatment of non-life-threatening injuries.