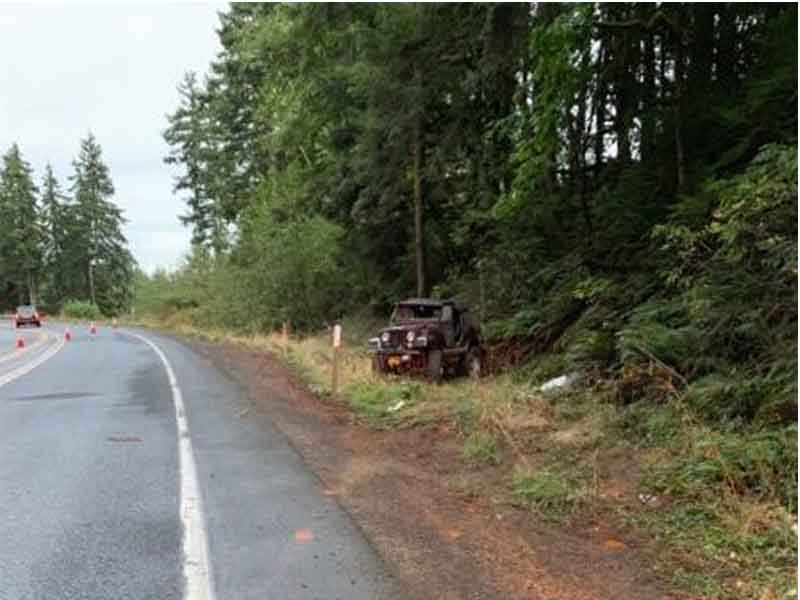 A Newport man has been arrested on manslaughter charges following the driving death of a female passenger from Waldport Saturday evening near Newport.

According to an Oregon State Police investigation, Michael John Craycraft, 52, had been driving a brown 1978 Jeep CJ5 shortly before 5:55 p.m. Saturday evening when emergency personnel responded to the report of a single-vehicle, serious-injury crash on U.S. Highway 20 near milepost 2.

Preliminary investigation revealed Craycraft was traveling eastbound on U.S. 20 when he lost control of the Jeep and spun off the south side of the roadway and struck an embankment. The unrestrained passenger, Rhawnie Lynn Harp, 40, was ejected from the vehicle and transported by ground ambulance to Samaritan Pacific Communities Hospital (SPCH) in Newport where she was pronounced dead.

Craycraft was also transported to SPCH where he was kept overnight due to his injuries.

Hospital tests on Craycraft revealed presence of alcohol level over the .08 percent. He was placed under arrest and lodged at the Lincoln County Jail on charges of Manslaughter II, Driving While Under the Influence of Intoxicants, Reckless Driving and Reckless Endangering.

US-20 was closed to one lane for approximately three hours following the crash. OSP was assisted by Lincoln County Sheriff’s Office, Oregon Department of Transportation, PACWEST Ambulance and Newport Fire.

A young pedestrian suffered minor injuries at approximately noon Monday after being struck by a driver in Siletz.
Read more

Lincoln County Sheriff deputies will be on the prowl for motorists failing to provide proper safety seats for kids Aug 19- Sept. 1, as part of a statewide effort to enforce traffic occupant protection.
Read more

Toddler in stable condition after being struck by truck while camping

A 2-year-old girl is in stable condition with leg injuries after being struck by a truck pulling a travel trailer Monday morning at Mooshine Park in Logsden.
Read more

Can anyone explain the thought behind putting excessive crosswalks on Highway 101?
Read more