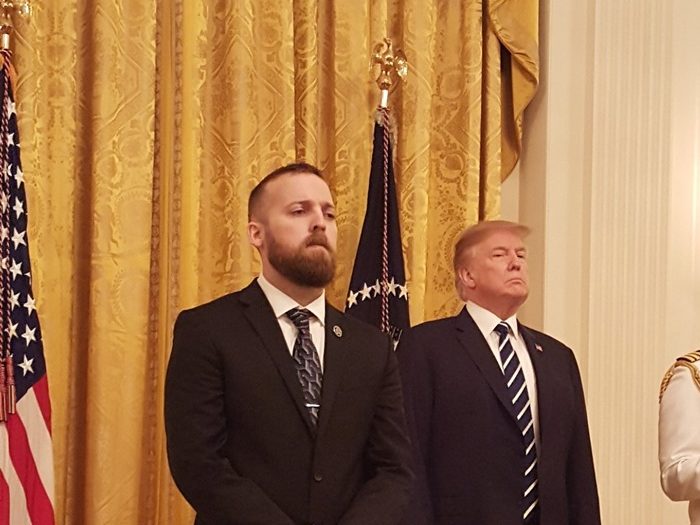 Oregon State Police Trooper Nicholas Cederberg received the highest award for bravery a public safety officer can receive Wednesday when he was honored with the National Public Safety Officer Medal of Valor from President Trump at the White House. 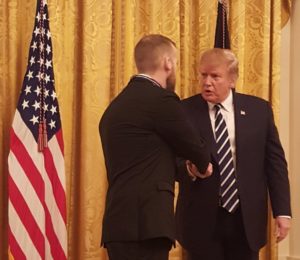 Cederberg was honored for bravery displayed Dec. 25, 2016, Christmas Day. On patrol alone and without cover, he attempted to arrest a murder suspect who had engaged him in a gun battle.

Cederberg sustained a dozen gunshot wounds and departed the scene clinging to life.

“That Christmas morning, Nic provided us all with the greatest gift imaginable, his determination and will to survive in the face of impossible odds,” an OSP Facebook post said. 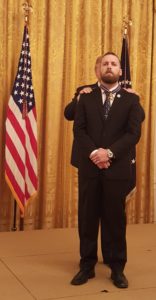 A U.S. Army and seven-year OSP veteran of the Oregon State Police at the time, Cederberg has not yet been able to return to work due to his injuries. He initially spent 48 days in the hospital and continues to fight for a full recovery.

“The greatest gift the Oregon State Police has received is Nic’s pure determination to survive. Trooper Cederberg typifies the grit and perseverance of an OSP Trooper, humbly serving with distinction in the face of difficult circumstances. Nic, we love you and honor your service. All of Oregon celebrates your award of the Medal of Valor and the personal story it symbolizes.”- Superintendent Travis Hampton

“I am proud to have our Oregon State Police represented at the White House today by Trooper Cederberg,” Oregon Gov. Kate Brown said. “On Christmas Day 2016, he showed enormous courage in the most difficult of circumstances, and exemplified the kind of service and bravery the Medal of Valor represents.

“His life and community will be forever impacted by that night, and his experience is part of why I feel strongly that we need more troopers on Oregon’s highways. I wish Nic the best on his continued recovery and congratulate him for this distinguished recognition.” 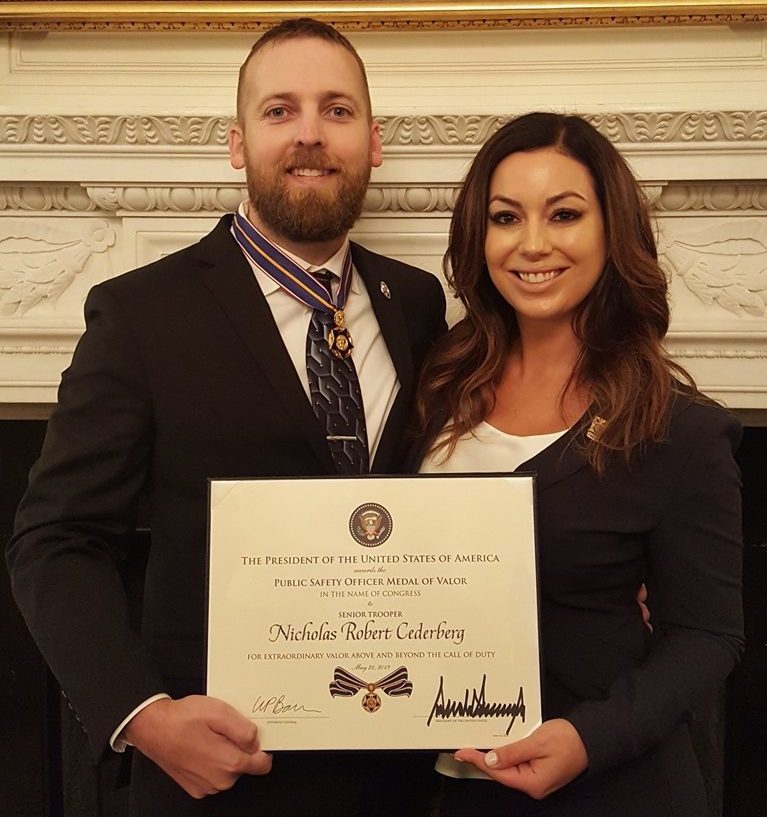 About the Public Safety Officer Medal of Valor

The medal is awarded annually to public safety officers who have exhibited exceptional courage, regardless of personal safety, in the attempt to save or protect human life.