Nelscott Reef Unvitational Big Wave Classic is on for 11/4/16! 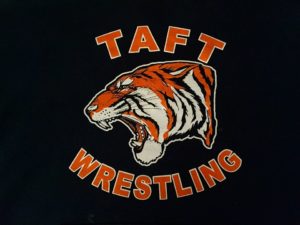 Coach Robb Ellis’ team excelled against stiff competition despite the absence of 2017-18 State placer Cody Knott, who was on vacation, and returning State qualifier Jose Flores, who was out with an injury.

“It was a great start to the season last night at a competitive Tillamook tournament that included schools from higher classifications and competitive teams like Willamina, which was first in the State in 3A last year, and Tillamook, which was fifth at the 4A level,” Ellis said.

Sixteen Taft wrestlers, many new to wrestling this year, won about half of their junior varsity matches, Ellis said.

“The team as a whole fought hard and it was a very positive start to the season,” he said.