A week removed from surrendering 60 points in a season-opening defeat, the Taft High football coaching staff faces a perplexing problem.

How are the Tigers going to stop a Wing T attack they have traditionally struggled against? 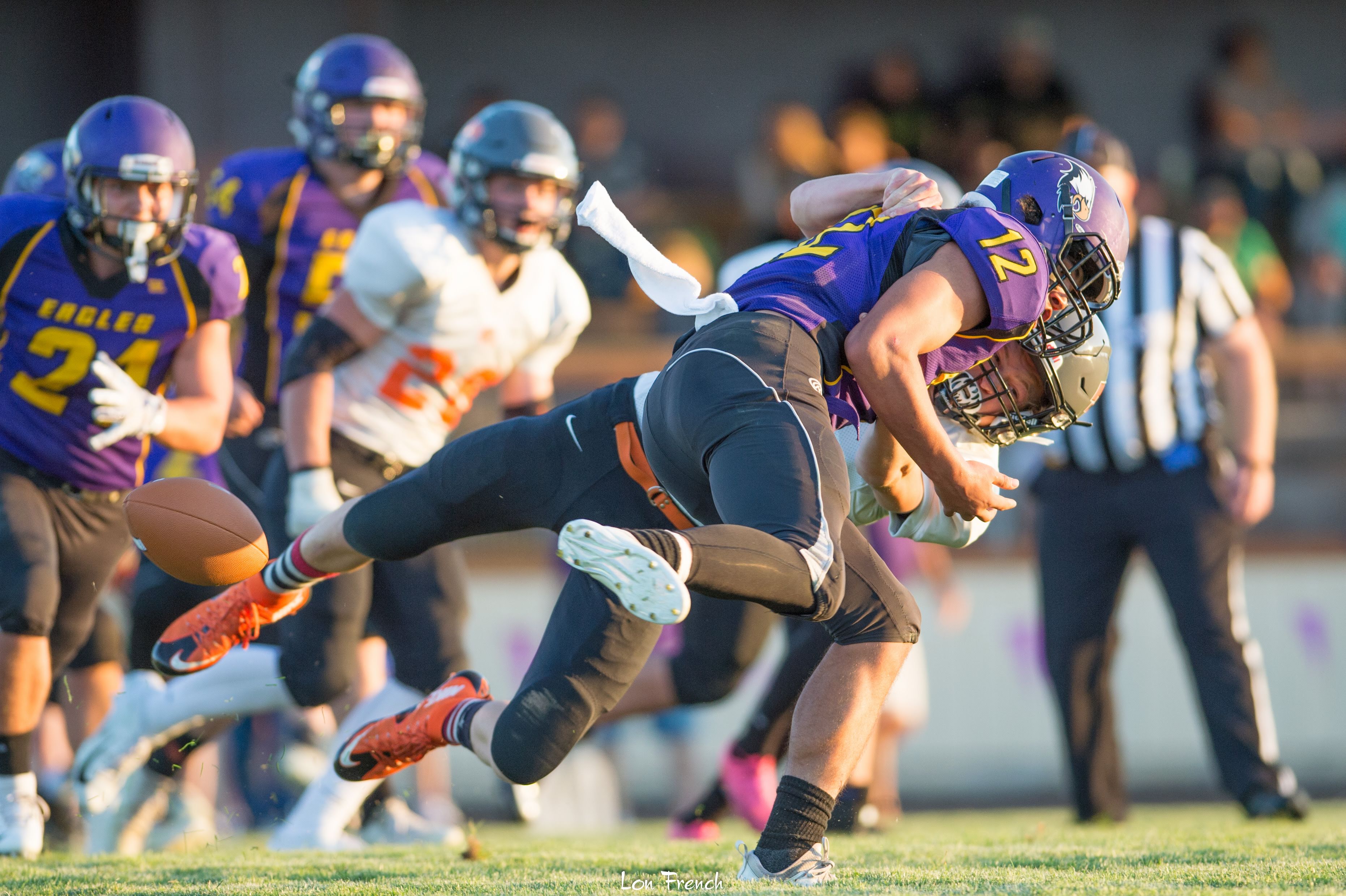 “That’s the type of offense that has typically given our defense problems,” Taft coach Jake Tolan said of the Sutherlin High attack his team will face at 7 p.m. Friday when the Tigers open their home season at Voris Field.

The deceptive offense typically lines up three backs in a row behind center with intentions of making every play look the same for the first few steps. Expect to see running plays such as the belly, buck sweep, power, trap, counter and waggle.

”A team that is big and physical and prefers to run the ball is something we need to find a way to stop,” Tolan said. 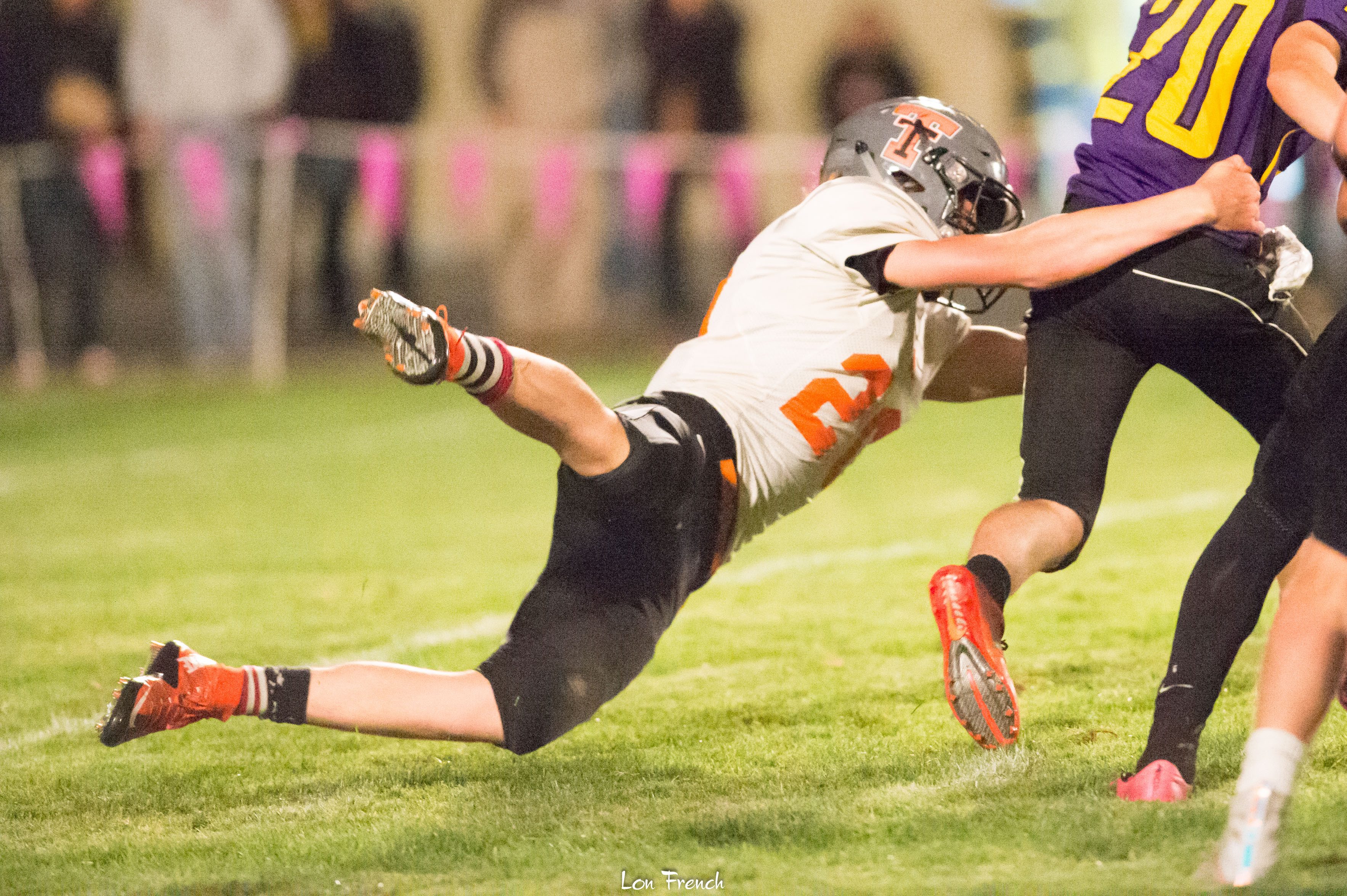 Sutherlin coach Josh Gary’s squad is stepping down from Class 4A to the 3A Special District 2 league this season, but the Bulldogs have already shown they remain capable of playing and beating the bigger schools by opening their season with a 16-13 victory at 4A Hidden Valley. Worse for the Tigers, Gary doesn’t think his team played well when it had the ball a week ago against the Mustangs of the Skyline Conference.

“I was happy with our mental toughness while dealing with adversity,” Gary said. “We struggled on offense, but played great defense most of the game.”

Gary said his players were “still trying to get on the same page offensively.”

“We are moving from a spread offense scheme to a traditional Wing T offense and our players have many things to work on,” he said. “I think we will continue to get better offensively and we could be a playoff-caliber football team.”

“As we progress through the season, we will add multiple shifts and formations to keep the defense off balance,” he said.

Gary said he was particularly pleased with his team’s effort against a solid passing attack, citing defensive ends JR Bailey and Scott Shepard, cornerbacks Mason Gill and Brandon Carr, and safeties Hunter Fadness and Anderson, who stars both ways for the Bulldogs.

“They scored 30 points last week against a tough Harrisburg team,” Gary said of Taft’s 60-29 road loss to open the season. “Their QB [David Jin] looked solid, as well as some athletic skill players. They have a few undersized offensive linemen, but they move well.”

Tolan blamed conditioning, in part, for the Tigers’ demise against the perennially powerful Eagles. He said his team’s physicality has been the centerpiece of Taft’s preparation this week.

“Our focus has been on continuing to execute on offense, making sure defensively we are aligned correctly versus the various different offensive formations we might see Sutherlin throw at us, and increase our conditioning level,” he said. “Last week, we were tired and fatigued after one quarter. Hopefully, this Friday our conditioning will be a factor in our favor.”

Jin threw four touchdown passes in the loss, two to sophomore Fco Ramos and one each to senior Tyee Fisher and sophomore JJ French.

“We hope to come out Friday and compete,” Tolan said. “I thought we played really hard last week for two quarters against Harrisburg. This week, we will be looking to put four quarters together. We have the home crowd in our favor and hope to give everyone something to cheer for.” 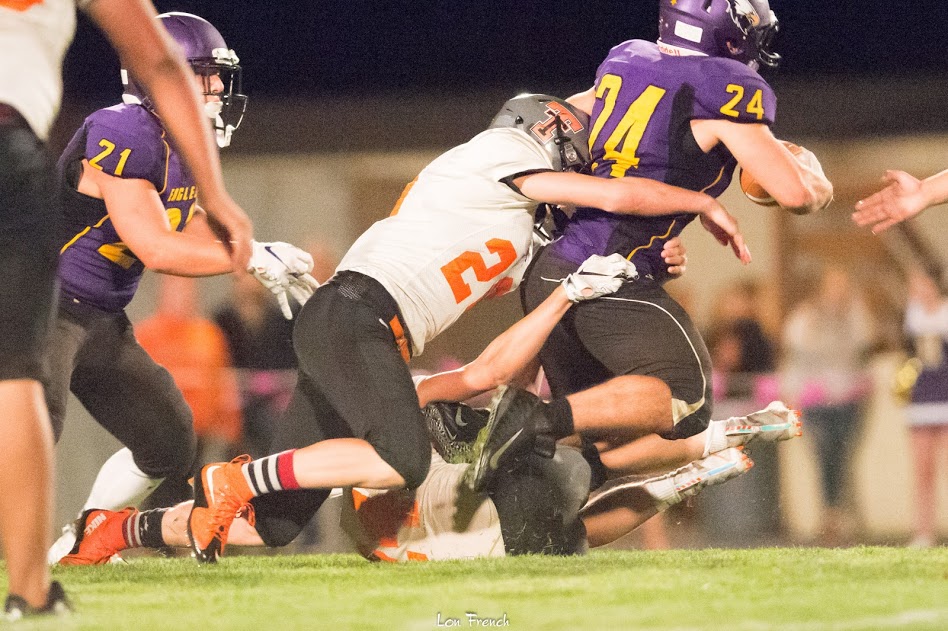 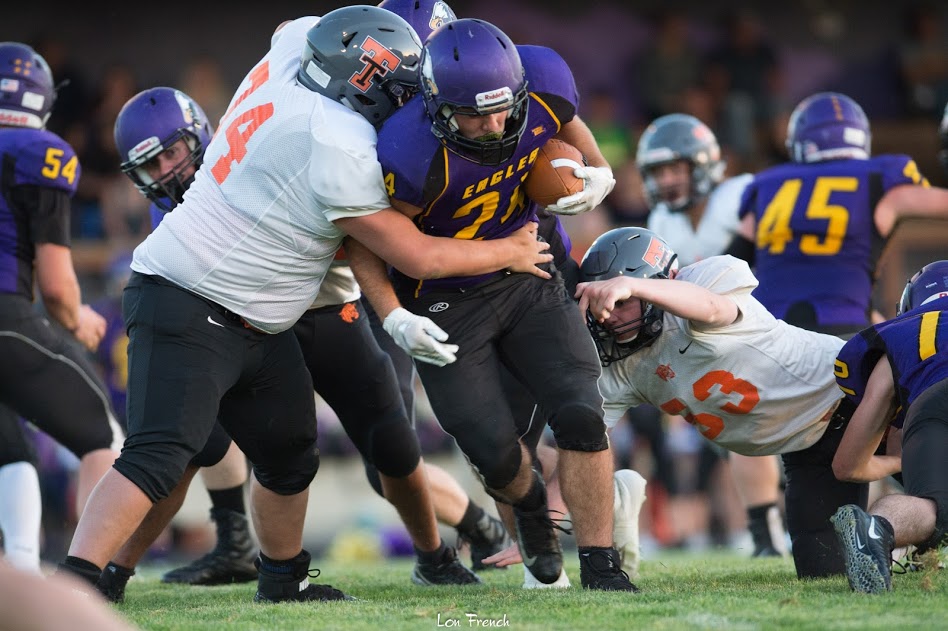