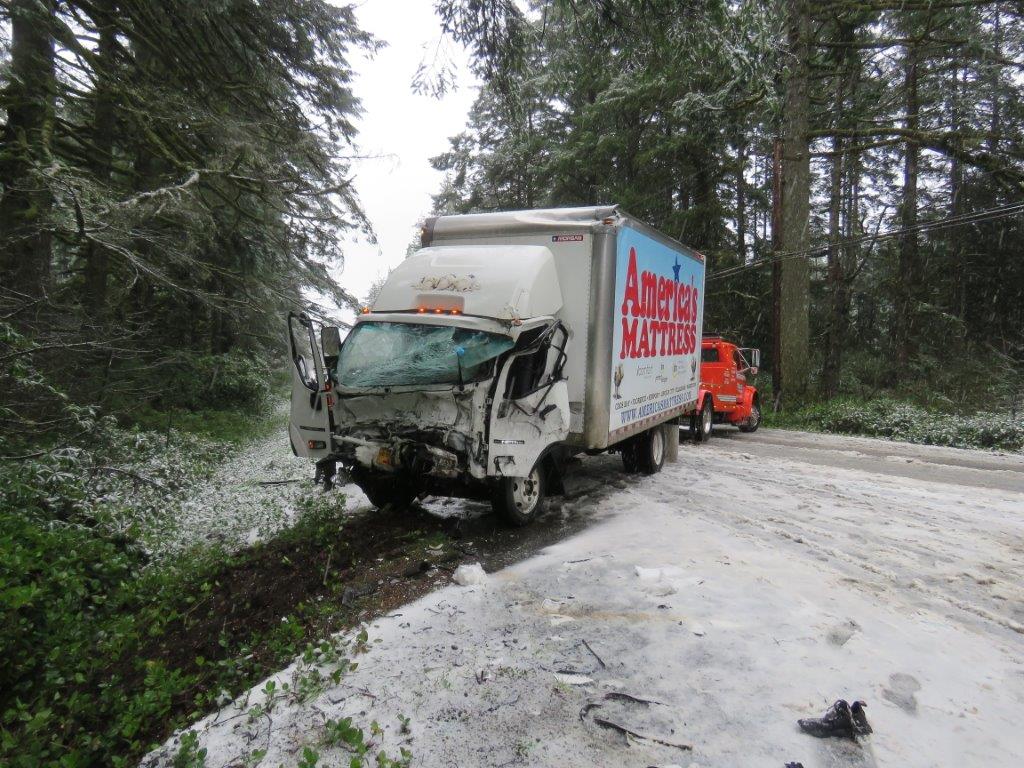 Slick, icy roads are likely to blame for the death Saturday of an Oregon woman and her dog following a head-on collision with a mattress delivery truck on Highway 101 near Florence. 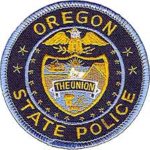 Jamie Jones, 52, of Mapleton, and her pet were killed after she lost control of her green 1999 Ford Explorer on the snow-covered road, striking a white 2015 Isuzu truck operated by Daniel Crump, 25, of Reedsport, an Oregon State Police (OSP) investigation revealed.

Jones, who slid across the center stripe into the southbound lane near Milepost 193 at approximately 11 a.m., was transported to Florence Peace Harbor Hospital, where she was pronounced dead. Her companion dog was found deceased at the scene.

Crump and his passenger, Nicholas Housego, 32, of Bandon, were transported to Peace Harbor Hospital with serious injuries.

Highway 101 was closed for approximately three hours following the crash. 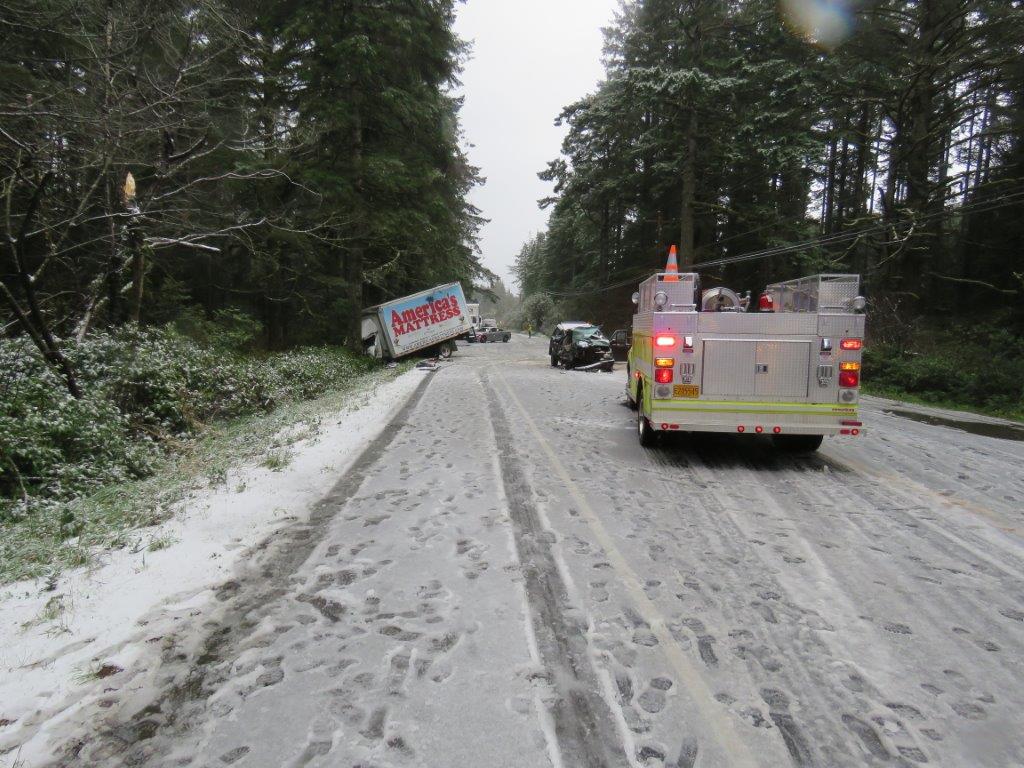 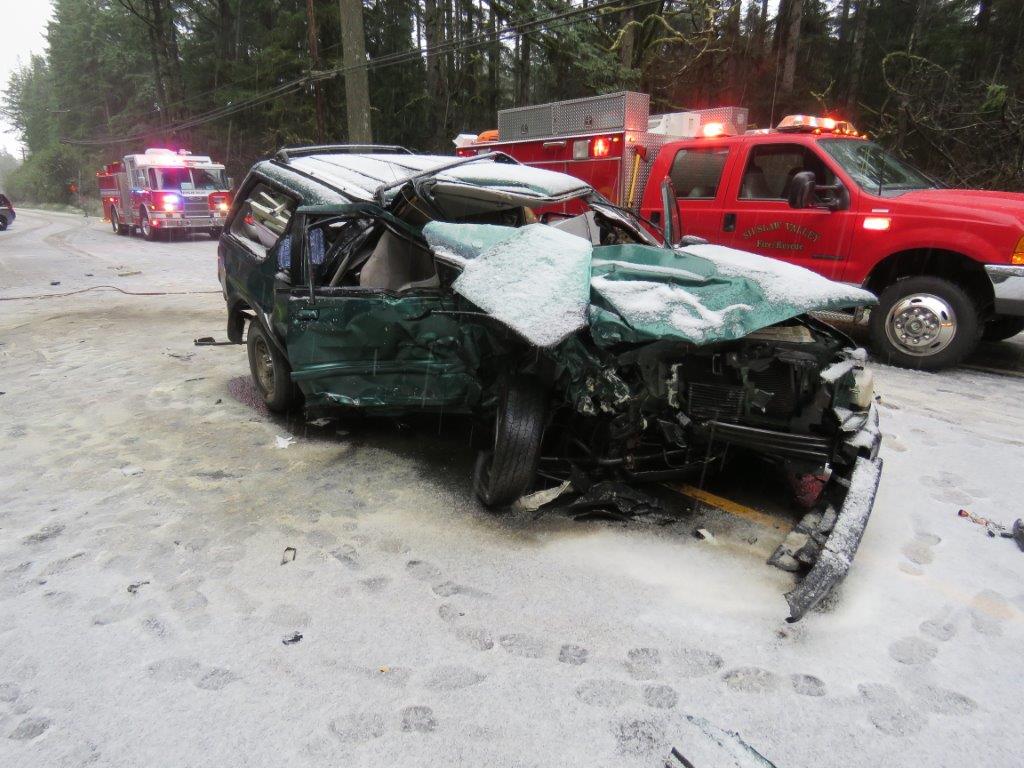 A black SUV crashed into North Lincoln Fire & Rescue's Oceanlake station at 6:28 p.m. Tuesday after colliding with a truck on Highway 101.
Read more

A 61-year-old Ventura, Calif., woman riding behind family members in another car was killed Monday afternoon in a single-vehicle traffic crash near Grand Ronde.
Read more