Simply talking about it seems to be the best way for Linda Hitchcock to cope.

“I still have no concept of time or what day it is or how I’m going to cope from one moment to the next, but talking about her helps,” said the mother of Newport High junior Chasity Sargent, who died last week from cardiac arrest after her heart stopped suddenly at home. 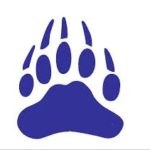 Just 17 and still 6 1/2 months shy of her 18th birthday, Chasity fell in her house on Tuesday and had no pulse and was not breathing. Her mother administered CPR while her oldest son, a 15-year-old Newport High freshman, called 911.

“He handled himself amazingly in that situation,” Hitchcock said, as paramedics arrived and transported the unresponsive teen to nearby Samaritan Pacific Communities Hospital.

With no Life Flight available, even from Seattle, Chasity was transported with a full support crew via ambulance to Legacy Emanuel Medical Center in Portland.

“They spent several hours trying to get her heart back to beating normally and get her stable enough to transport,” Hitchcock said. “That night she was hooked up to an EEG [electroencephalogram brain activity test] and it showed her brain had been deprived of oxygen for too long.”

Doctors said Chasity’s kidneys and liver were damaged from the oxygen deprivation. On Wednesday night, after most friends and family had a chance to say goodbye, she was taken off life support and died Thursday morning from “a heart condition from birth that was silent for all these years.” Hitchcock said.

News of Chasity’s death was shared with fellow Newport High students Thursday by school staff after receiving permission from the family. 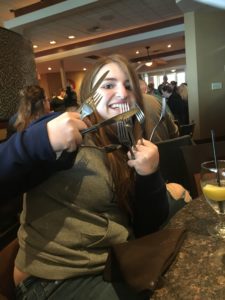 “Chasity was outgoing, always spoke her mind and had no filter,” Hitchcock said. “She wasn’t afraid to tell anyone how she felt. If she saw anyone being treated poorly she would come to their defense.

“Family was one of her top priorities. She was the best big sister her siblings [one brother, two half-brothers and one half-sister] could have.

“They would fight like any siblings would, but she loved them fiercely and would not tolerate anyone treating them poorly. She always told her friends that they were perfect and to never let anyone treat or make them feel that they weren’t.”

Chasity, who loved music and could easily memorize song lyrics such as “Gary Come Home” from SpongeBob SquarePants, wanted to graduate from high school with at least a 3.0 grade point average, then travel, her mother said.

“She was an amazing artist who loved to write,” she said. “She was always laughing, and had a snort when she laughed hard. She loved bad puns. She loved golf, bowling shooting her BB gun … trying new things.” 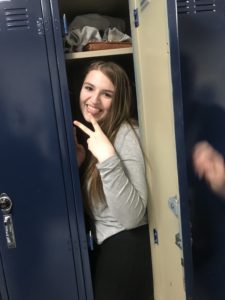 Chasity was considering joining the military or becoming a police officer, but started to develop asthma and was thinking of being a grade school teacher. She had recently started working at Starbucks.

“Every day, she would come home and I would ask her how work went,” said Hitchcock, who added that her daughter greatly loved her boyfriend, Sean, who attends Taft High 7-12. “She said she loved her job and all the people she worked with.”

Hitchcock said her daughter participated in several activities and desired to have a positive impact on her community.

“She had an adventurous, inquisitive spirit,” she said. “She was always asking questions, and I was constantly telling her to Google them. She loved children and babies and wanted to be a mother some day.”

Mostly, though, Chasity had a warm and gracious heart and put others before herself, her mother said.

“She had a hard time seeing anyone around her sad and would do her best to cheer them up,” she said. “Her biggest fears were losing those she loved. She had a strength of character and self-awareness most adults have not achieved. I was so proud she was surpassing the expectations and hopes I had of the woman she would become.” 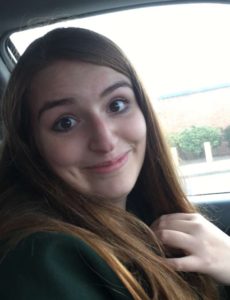 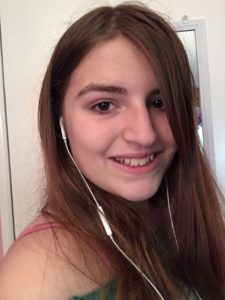 Newport Police responded Wednesday to reports of a male who had been shot at 811 SE 5th Street in Newport.
Read more
Crime

The Weedman's hopes for a jury trial have gone up in smoke after pleading guilty last week to a stalking charge in Newport.
Read more
Local News

A small airplane owned by and registered to Newport Mayor Dean Sawyer crashed on the beach near the Yaquina Bay Lighthouse this evening, slightly injuring the pilot and two passengers.
Read more
Local News

It would be difficult to name a more Utopian spot on the Oregon coast than Depoe Bay, a picturesque seafaring town with 1,600 largely blissful residents who are about to be flattened by a financial meteorite.
Read more