The homeless could find themselves lounging in the living room of a willing private homeowner’s house or in one of several public facilities under consideration as temporary emergency warming shelters following a sudden reversal of fortunes to an ordinance proposed Monday to the Lincoln City City Council. 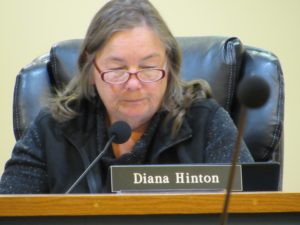 Councilor Diana Hinton first voted against the proposed ordinance amendment allowing for an emergency to be declared that would pave the way for an overnight homeless shelter site.

She then reversed her vote at the end of Monday’s meeting when Mayor Don Williams asked her if she would like to make a motion to reconsider, citing parliamentary procedure. After the council approved, a unanimous vote followed and a second reading was greeted unanimously.

“I commend the City staff for the speed at which they have devised and drafted this ordinance, which holds a potential solution,” Warming Shelter President Patrick Alexander said. “I want to assure you the City Manager and I are in touch regarding the potential for community meetings in the event that he feels such outreach is necessary, to get people comfortable with the use of a particular site.” 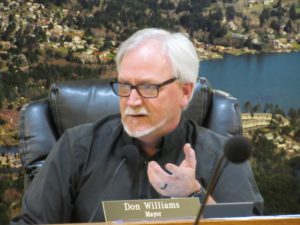 The proposal, which also provides for emergency shelters, staging areas, inoculation areas, distribution centers and similar emergency operations, does not permit the City to commandeer private property, but allows for its use if agreed to by the owner. However, Taft Hall, site of the Lincoln City Resource Center & Emergency Warming Shelter for the past two years, is considered the most obvious public site option because of logistics and the overnight services and amenities it can provide.

“We’re taking about human lives and not a stupid sign that was upsetting a couple people in an election-cycle,” Williams said. “When we talk about people’s lives, when we’re sitting fat, happy and comfortable in a warm building, it’s offensive to me.”

An emotional Williams grew angry at one point.

Various locations are being considered to serve as a site for the Warming Shelter this winter following the funding reduction of Taft Hall, 1206 SE 48th Place, due to the City interpreting the zoning code to disallow hosting clients there overnight.

“That long road unfortunately turned out to be a dead end,” Alexander said. “Despite good-faith efforts on both sides, we now find ourselves in a place where there is simply no time to go through the other processes that are available.”

Lincoln City Assembly of God Pastor Kevin Wolfer read a letter on behalf of the North Lincoln Ministerial Association asking for the continued use of Taft Hall as the warming shelter site.

The fourth floor of City Hall, where Career Tech Charter School resides as a renter from the City, has been mentioned as a possible replacement site. The old fire department building on SW 4th Street has also been proposed, but the building lacks insulation, running water or bathrooms.

— Upon the declaration of an emergency, and during the existence of such emergency, the terms of any such declaration may include any of the following or such other terms of emergency orders which are not prohibited by law, allowing the City of Lincoln City to redirect funds for emergency use.

— Designate any developed or undeveloped City property for temporary Emergency Operations Uses, including but not limited to, use as an emergency facility, shelter, overnight shelter, bivouac, mess hall, temporary campground, staging area, inoculation center, distribution center, or similar emergency operation uses. Private or other public property may similarly be designated by the City, with the permission of the property owner, for such emergency uses. The duration of such authorized uses is only during the period of the emergency and for a reasonable period of time after the end of the declared emergency.