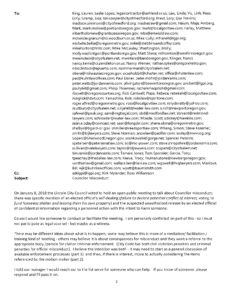 Appicello’s memo was in response to the Lincoln City Council’s motion on Jan. 8 directing “staff to engage a professional mediator … through [the Oregon] League of Cities,” to “facilitate collegial conversation and cooperation” between the city councilors. The League of Cities offers non-lawyer mediation and interpersonal relations training to member cities throughout Oregon, including Lincoln City.

But instead of seeking mediation from the League of Cities, Appicello sent his request to over 250 municipal law attorneys throughout Oregon. Titled simply “Councilor misconduct,” Appicello’s memo hinted that Mayor Williams had engaged in “self-dealing” (ORS 244.040) by “voting to fund a homeless shelter and leasing them his own property” in Taft.

Appicello also hinted a councilor was involved in the “unauthorized release” of “confidential information regarding a personnel action” (ORS 162.415). Appicello most likely was referring to details regarding an alleged harassment complaint lodged in April 2017 against Appicello by a subordinate who was terminated soon afterwards.

It appears a secret disciplinary hearing was held in May 2017 to address the charges raised in the complaint, but the results of the hearing remain confidential. On Jan. 8, City Manager Ron Chandler offered to answer questions regarding the complaint, and Lincoln City Homepage has submitted several to him, and is awaiting his response.

Mayor Williams denied Appicello’s charges against him. “I didn’t leak anything to [Lincoln City Homepage reporter] Justin Werner — zip, nada — and did nothing unethical in leasing our building to the good folks of the Warming Shelter,” Williams said. “This is another waste of time and money, and I certainly would not have voted for this knowing it would turn out to be another witch hunt.”

Ethical questions abound about the propriety of Appicello’s memo, given that Appicello himself was the subject of the complaint that he alleges may have been leaked, so he was “personally conflicted” as he described it. And it appears Appicello may have overstepped his authority by focusing his sights on Williams so quickly without first getting the council’s permission to do so.

Instead, Appicello appears to have been heeding Councilor Ward’s call to target Williams. At the end of the Jan. 8 meeting, Ward lamented “We have a mayor that is accused of self-dealing and we have confidential employee information that was possibly leaked to the public by a council member,” which Ward claimed was “a serious crime” and a “Class A misdemeanor.” 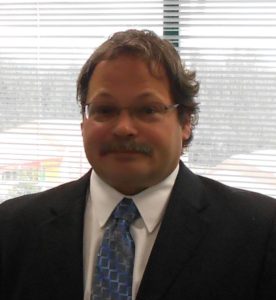 This isn’t the first time Appicello has drawn a bead on the Mayor. In Aug. 2015, Appicello drafted a 315-page ethics complaint against Mayor Williams in response to two citizens voicing concerns about Appicello at a June 2015 council meeting. In Oct. 2015, the Oregon Government Ethics Commission absolved Williams 5-0, blasting Appicello as an “instigator” in the sordid affair.

Following that defeat, Appicello spearheaded both civil and criminal investigations of Williams. The year-long civil investigation was closed in Sept. 2016, with investigator/attorney Russell Poppe saying he  “found no smoking gun” on  Williams.  The failed effort ended up costing taxpayers over $72,000 for the 12-page “Poppe Report.”

After a year of interviewing Williams and other city councilors, and amassing over 800 pages of  documents, the Oregon Department of Justice dropped the criminal inquiry in Sept. 2016, citing “insufficient” evidence. In their report, an investigator chastised Appicello for failing to produce any of the “proof” he had promised them.

In Aug. 2016, Appicello was strongly cautioned that he may be violating numerous ethical rules by assisting in the investigations, so he recused himself from being involved in any further probing of Williams.

Another swing and a miss by Appicello. Strike four. Let’s not give Appicello a fifth shot at taking down our Mayor. That’s against the rules, right?